Austin Jenckes is considered an introverted singer-songwriter – but the intimate The Bluebird Cafe atmosphere will also reveal his thoughts and feelings about his songs. Caylee Hammack is on fire! – full of power on the outside and full of feeling and heartache on the inside. Filmore complements the brilliant songwriter trio with its influences from country pop and brings a young and modern country charm to The Bluebird Cafe, which sails across the Spree against an impressive landscape.
”Nashville” series star Charles Esten, #1 singer Tebey and songwriter legend Tony Arata will be bringing classic In The Round country vibes straight from Nashville to the stage on Sunday, March 8th! For those who can’t get enough of the Nashville series and Deacon Claybourne aka. Charles Esten and want to see him in real and color at The Bluebird Cafe Setting, this German edition of the legendary Nashville venue is the perfect opportunity. In addition, there will be no better opportunity to learn about the backgrounds and origins of the songs by the top-class songwriters Tebey and Tony Arata and to experience them in an impressive setting!
And to put the whole thing in the right light, we relocate the stage for the two The Bluebird Cafe shows to the excursion boat of the shipping company Riedel. Here you can experience the legendary The Bluebird Cafe with its In The Round set on a 2-hour sightseeing boat tour on the Spree.
The Bluebird Cafe will drop you off at the Mercedes-Benz-Arena / East-Side-Gallery on Saturday, March 7th, 2020, at 11:30 a.m. and on Sunday, March 8th, 2020, at 11:00 a.m. 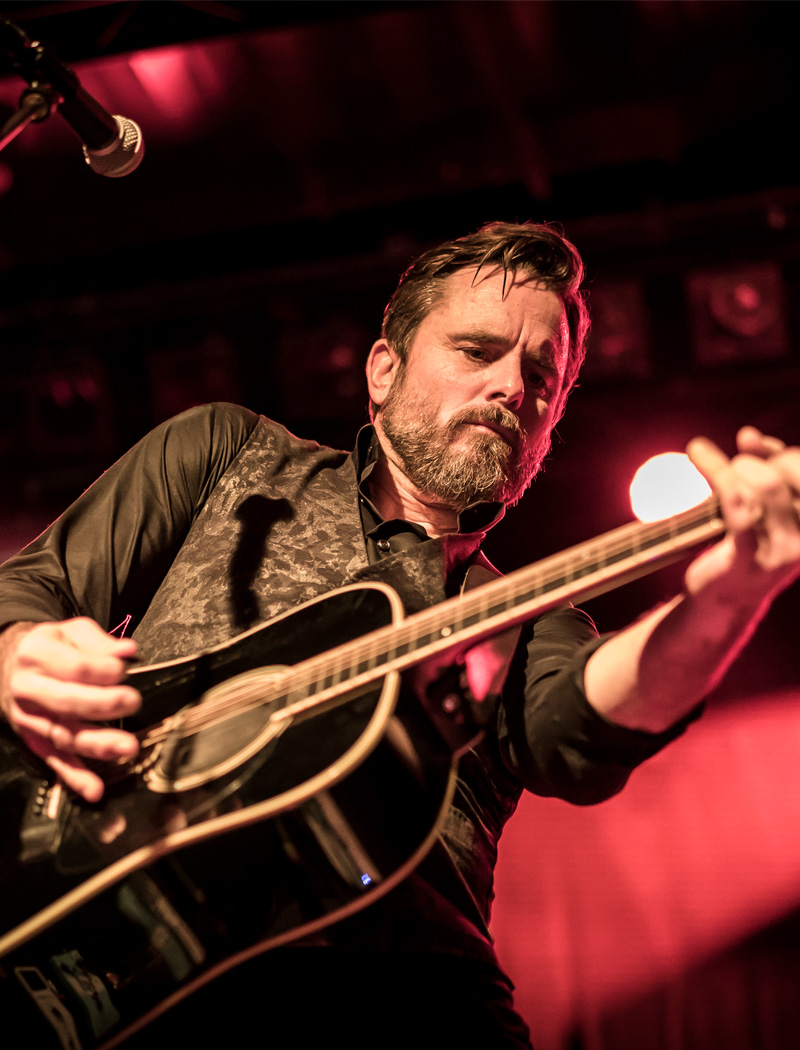 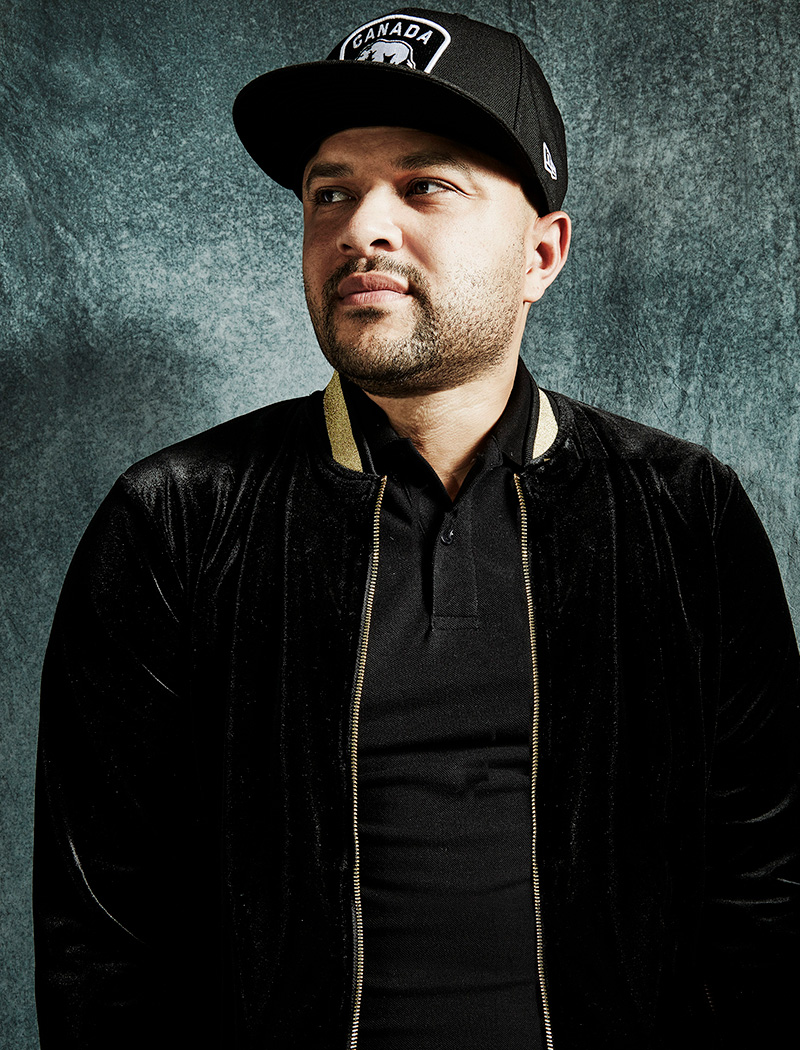 Tebey is a Canadian artist, producer and songwriter currently residing in Nashville, TN. In the past 18 months Tebey has secured three #1’s as a writer – a #1 Billboard US single with Justin Moore’s “Somebody Else Will”, a #1 in Canada with Gord Bamford’s “Dive Bar”, and his first #1 single as an artist (and writer) with his song “Who’s Gonna Love You” for which he also received a SOCAN award in March 2019. He also co-wrote his recent hit radio single, “Denim on Denim” (Top 5 Chart, Certified Gold and 6M streams to date).
Overall, Tebey has three official top 5 singles in addition to two top 10 singles as a recording artist, and seven #1’s as a songwriter; one in the US, one in the UK, four in Canada and one in Asia.

Notable pop artists to record his songs include One Direction, Fifth Harmony, Pixie Lott and FLO RIDA. Over the past six years, three of Tebey’s singles have been noted for their substantial spin count, being named “Most Played Canadian Country Song” of both 2013 and 2014, and his recent hit, “Denim on Denim”, was the third highest spinning song of 2018 in this category. Tebey’s latest EP, “Love A Girl”, was released in the spring of ’18, including the 2 aforementioned singles along with the EDM-laced country song, “Show You What It’s Like”, which is featured on Spotify’s Wild Country playlist (curated in Nashville).

Tebey recently toured with Tim Hicks in Canada, coast to coast, as direct support on his Get Loud Tour. He has won awards as a songwriter, artist, and for his work as a producer. His work with charities advocating for mental health care is his passion outside of music, anchored by his annual Tebey Golf Classic fundraiser partnered with Greater Peterborough Family Health Services. 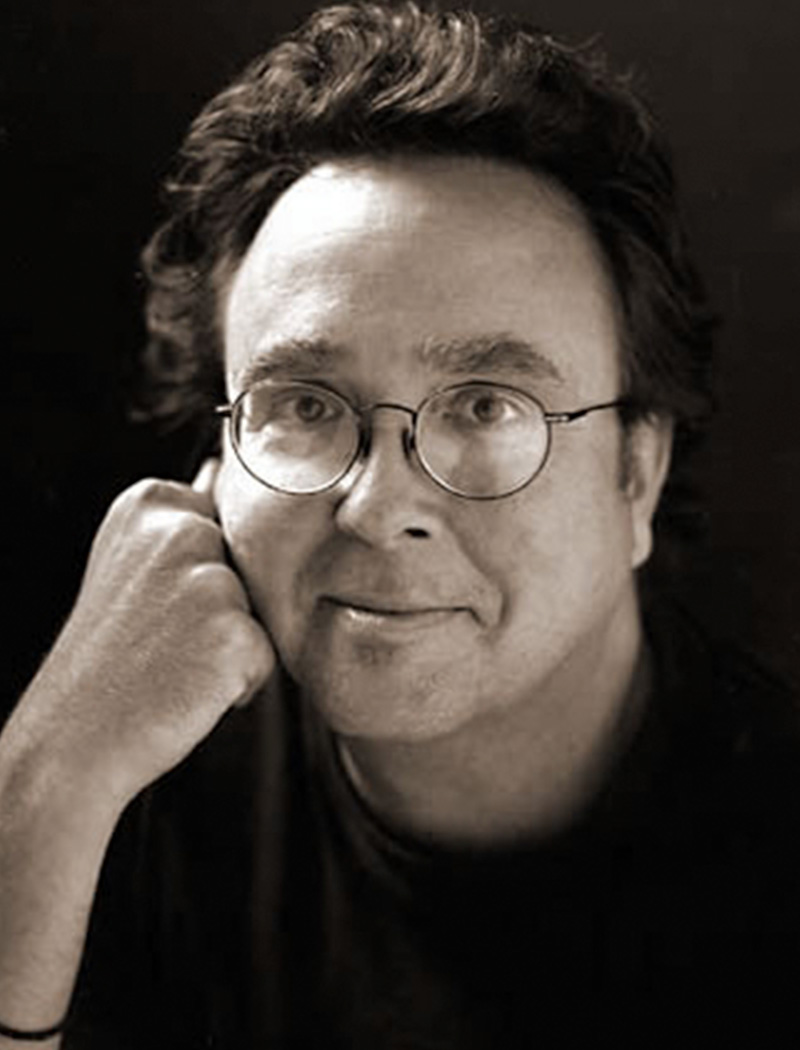 Tony Arata was born in Savannah, Georgia and grew up on nearby Tybee Island.

While studying for journalism degree from Georgia Southen University, he began performing his original songs in local bands. In 1986, he and wife Jaymi moved to Nashville where his unique, soulful style began to get the attention of people like Allen Reynolds and Garth Brooks. Garth to date has recorded seven of Tony’s songs, and “The Dance” won song of the year at The Academy of Country Music and received both a Country Music Association and a Grammy nomination, as well as a most performed song in Radio and Records Magazine. 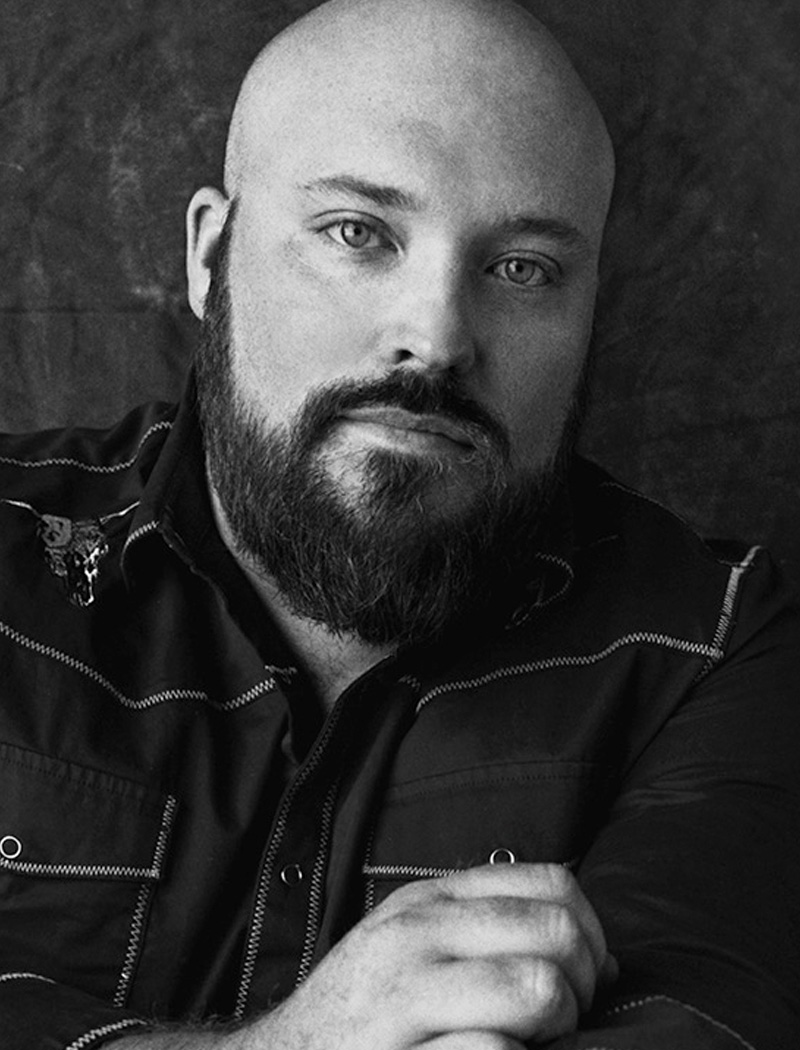 Introspective country-singer songwriter Austin Jenckes released his debut album If You Grew Up Like I Did May 31 2019 via red dot. The Nashville-based, Seattle area native has highlighted 3 songs from the anticipated effort, including the lead track “Fat Kid” featuring Lori McKenna, the previously released “Ride Away,” and his latest song, “Never Left Memphis.”

The nostalgic single, “Fat Kid,” recently debuted its official video on Billboard.com and CMT, while being named a “Song You Need To Know” by Rolling Stone. It’s currently featured on CMT’s 12-pack Countdown in recent weeks.

Growing up in Duvall, Washington, a suburb of Seattle, Jenckes moved to Nashville six years ago to focus on being an artist and his songwriting. Since moving, he started a family with his new wife.

Racking up 15 million streams across all platforms, he’s been named one of Rolling Stone Country’s “Artist You Need To Know” and has performed alongside the likes of Brothers Osborne, Lee Brice, The Cadillac Three and Ashley McBryde.
Jenckes recently performed the National Anthem at his hometown Seattle Seahawks Stadium in front of 65,000 people. He was also awarded with The ASCAP Foundation’s Harold Adamson Lyric Award in Country, in honor of his songwriting at the end of last year and has recently completed a tour of the Uk & Europe with stops at The Long Road Festival & tour dates with Jillian Jacqueline & Lauren Jenkins. 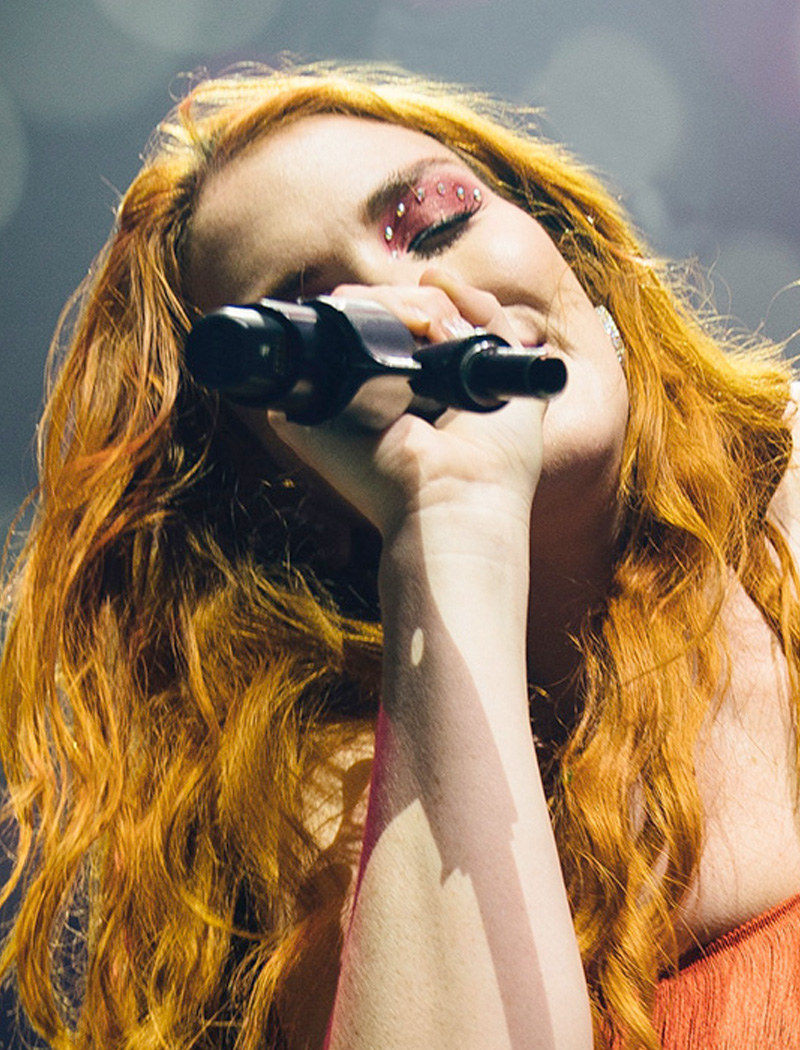 Caylee Hammack constantly felt like a self-described “hippie in a hillbilly town” in her tiny hometown of Ellaville, Georgia. “I used to pray every night as a kid, ‘God, just please make me different. Don’t make me like everyone else,’” she remembers. Hammack is indeed refreshingly different. And at only 25, she has already packed a full life into just a few years, using fake IDs to get gigs around South Georgia, turning down a college scholarship for a love that burned out just a few months later, sleeping in her car when she arrived in Nashville and then losing her home in an electrical fire. “My dad has always said that the most beautiful and strongest things are forged in the fire,” she says. “Iron is nothing until you work it in a fire. Glass cannot be blown without intense heat. You can’t make anything beautiful or strong without a little heat.”  Tested by the fire, Caylee Hammack has been molded into an artist with incredible depth and a powerhouse voice that can effortlessly veer from fiery and demanding to quiet and vulnerable. Her life experience and relentless curiosity have coalesced into a country cocktail that’s rooted in tradition but expands with shards of modern pop and rock. Her self-penned songs tug on her own life story – bad decisions, secret affairs, broken hearts, a quirky family lineage – as she invariably turns the lemons of her daring life into sonic lemonade. Hammack’s current Top 40 breakout single “Family Tree,” co-written and co-produced by Hammack, is already known for its “soulful vocals and descriptive lyrics [that] shine” (Billboard) and has been praised by CMT as “the first of many signature songs to come from Hammack.” “Family Tree” was the most-added single at Country radio by a female artist in over three years. This year, Hammack has brought her firebrand live set to opening slots for Miranda Lambert, Dierks Bentley, Brothers Osborne and some of country music’s biggest festivals including Tortuga, Country LakeShake, Faster Horses and Seven Peaks. Hammack has also been the noted as an “Artist To Watch” by outlets such as The Bobby Bones Show, Rolling Stone and HITS Magazine for her “voice to move mountains” alongside her “clever story telling that keeps it all in motion” (Rolling Stone). For additional information, visit cayleehammack.com. 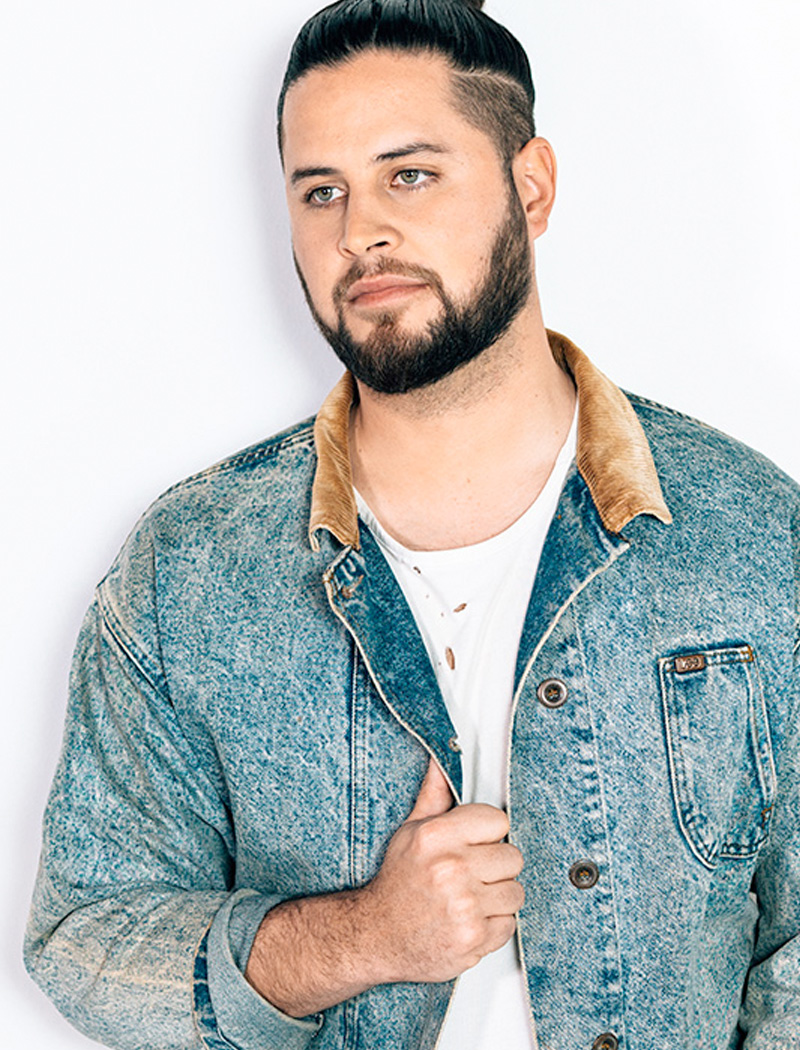 Filmore is an anything-but-typical country singer/songwriter. The Missouri-native, who now calls Nashville home – and who tallies north of 50 million on-demand streams to-date – has been featured by Spotify, The New York Times, SiriusXM’s “The Highway,” The Bobby Bones Show, Apple Music, CMT, and Pandora.

In addition to Spotify featuring Filmore on noteworthy playlists such as “New Music Friday” and “Wild Country,” etc., he was the first unsigned artist to become the face of the coveted “Hot Country” playlist, and has had multiple tracks reach the US Top 50 Viral Chart.

Sacrifice only begins to describe the man, who is unequivocally all-in to expand his reach worldwide. He has honed his electric and engaging live show by touring alongside Sam Hunt, Russell Dickerson, Brett Young, Carrie Underwood, Jon Pardi, Michael Ray, Chase Rice, and Dan + Shay among others, on the way to headlining sold-out clubs across the country.

Recent festival highlights include Watershed, CMA Fest, Stagecoach, Country Thunder USA, SXSW, Faster Horses, Buckle and Boots (UK), The Rooftop at Pier 17 in NYC, and you can look for him on tour with Walker Hayes from January through May of 2019.

“Heart’s Having a Hard Time,” the latest release from Filmore, was featured by The New York Times on “The Playlist.” In less than a month since its December 14, 2018 release, the song has already amassed millions of on-demand streams.

For Filmore, there is plenty more to come in 2019, and well beyond.